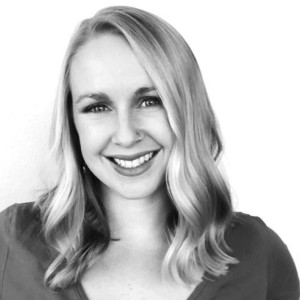 Ten years ago, I walked with my fellow trainees into the low, warm brick buildings that constituted our volunteer program’s West African Training Center and took a seat. The afternoon’s session on sustainability was about to start, and Mamadou, our host-country instructor, greeted us as we entered.

Mamadou’s topic wasn’t going to be easy to digest. My cohorts’ expectation had been that we would arrive in-country, be told what our villages needed, receive some language training, and scurry off to bring economic security and health to our little domains. Mamadou had to explain why our development projects wouldn’t be pre-assigned to us. He had to bring us around to a new concept — that of co-creation. And to do that, he told us a story:

Sometime during the decade prior to our arrival, an international non-governmental organization (INGO) had pulled up in a dusty little village in the middle of dry season. The nearest water source was 3km away down a steep hill, and the water source drew back even further in seasons of drought. The women of the village were exhausted from hauling all the water they needed up the steep slope back to their courtyards for cooking, washing, and the various other tasks they had to do before and after a long day in the millet fields.

The INGO had recently received a huge grant to build wells across the area, and after a quick village meeting, everyone agreed on a location for the new well. It would be in the center of the village, away from any sacred sites or feuding families, near the chief’s compound. The village would cost-share by constructing the well cover and building the bricks needed for the well top.

Everything went smoothly, and in three months time, there was a well. Speeches were made, hands were shaken, and the women threw a celebratory dance party that went well past everyone’s bedtime.

A year later, the INGO stopped by on their round of follow-ups. They were welcomed back warmly, but they immediately noticed that some women were cresting the top of the hill, coming up from the river, with full buckets of water on their heads. “Why aren’t they using the well?” the INGO workers asked, somewhat flabbergasted.

It took a little bit of careful questioning to find out, because at first, the villagers simply assured them that it was a very fine well, “nothing is wrong with the well.” But, the women of the village finally admitted, the well had taken from them one thing in particular that they valued dearly: an hour of uninterrupted social time. “The well is great, but when we walk to the stream, we walk together. Without walking, we no longer saw our friends. It was draw water, go back to the compound, cook, work. We needed to see our sisters, our neighbors, away from the men and the children.”

Mamadou’s story ended there. As the session segued into the theory of sustainable development, I mentally stayed behind, lost in thought by the abandoned well. The village’s tale would have been powerful even if it was simply a parable, just a hiatus between flip charts and PowerPoint flow graphs. The fact that it truly happened complicated my understanding of what international development is supposed to be.

Ultimately, the specific situation of each community’s needs — of each individual’s needs — can’t be fully known by anyone other than those individuals. If I impose my own solutions on someone else based on my own perception of his or her “problems,” I stand to fail, and my supposed beneficiary will likely bear unknown costs thanks to my inadvertent authority.

Sustainable development calls for a humbler method of proposing and producing solutions, one that acknowledges how logic, goals, and costs become gray areas when faced with the complexities of culture. When a problem is recognized, outside resources should be paired with an insider’s know-how in order to facilitate the best possible results. This, in a nutshell, is what co-creation is: empowering and enabling change alongside a community.

The concept of co-creation isn’t a new one, but it regularly gets ignored in developmental circles, even in well-historied organizations. A community may face a valid physical need; elders may agree that the need should be addressed; families may even be willing to cost-share in the solution of that need. But, unless all parties are involved in the planning, and unless all angles of the perceived need are examined thoroughly, that solution hasn’t been co-created. It has been imposed, and risks facing unknown, potentially serious challenges.

Co-creation is scary and humbling, because it doesn’t always align with “conventional” logic, and it doesn’t allow outsiders or power mongers to play superhero. But, it does make room for the human spirit to triumph — and that is always sustainable.

Written for Every Shelter by Jennifer Heller – 02.26.2019 – Jen’s perspective on the world was highly influenced by her childhood in the Democratic Republic of Congo. She has volunteered with a variety of internationally-focused organizations, including a refugee rehabilitation NGO in Boise, Idaho, and a stint in the Peace Corps (Senegal 2008-10). Jen currently manages a medical group in the northwestern US.

The views and opinions expressed in this article are those of the guest author and do not necessarily reflect the official policy or position of Every Shelter, its partners, or affiliates.

Noella Kabale Kalu is a Congolese by nationality, living in Uganda as a refugee registered in the urban setting since 2011. She is the founder of REAL Uganda and Refugee Women Voices, a member of the Refugee-led Network (RELON), Refugee Representative at the CRRF steering working group. She aspires to build a society where women, men, and young females are treated with dignity, fairness, and respect, regardless of their status & and vulnerable conditions they find themselves in due to war, conflict, or other atrocities.

Andy Agaba is a Praxis Fellow and the founder of Hiinga, a Christian Impact Investing Fund working across a spectrum of sectors including healthcare, financial services, education, agriculture, and manufacturing in East Africa. He graduated from Harvard Kennedy School where he was a Gleitsman Innovation Fellow at the Center for Public Leadership. At Uganda's Makerere University, he was a Poli sci major. Andy advises at the MIT Martin Trust Center for Entrepreneurship and is an award-winning documentary photographer.

Marie is a Social Worker, currently working with the Norwegian Refugee Council (NRC) as a Community Paralegal in Nakivale Refugee Settlement, and Interpreter for Refugee Resettlement Programs. Marie is a refugee from Rwanda and has lived in Nakivale Refugee Settlement since 2008. She holds a Bachelor in Social Work and a CEFE Licence for Entrepreneurship Trainer. She is passionate about contributing to the improvement of refugee livelihoods and is also a Master Trainer for the MarketPlace Literacy Program in Nakivale.

Co-Founder and Board Member

As a designer from the private sector, I'm passionate about ideas that improve the lives of those in need. My experience designing buildings, products, and art has taught me an important lesson: The most meaningful work is produced when partners work hand-in-hand on a common mission. Over the past 5 years, I've watched Every Shelter transform from an academic pursuit to working (and learning) alongside world-class organizations to design solutions that bring dignity to displaced communities. I have never been more proud of the work we're doing and look forward to seeing how we can continue to collaborate to solve the challenges ahead.

At Every Shelter I have the unique opportunity to use two passions in my life, mathematics and parenting, in one position. As a mathematician, I appreciate effective, elegant, and well-developed solutions to a problem. As a mom of two little ones, I also know the importance of sharing the stories, challenges, and successes of my life with my kids and others. As Communications Specialist for Every Shelter, I have the opportunity to inform the public about innovative designs as well as share the stories of people who are resolutely rebuilding their lives in new communities and countries despite overwhelming challenges. I believe that every person who reads about our work has the ability to impact people’s lives across the globe as they follow along with the journey to help people rebuild their lives from the floor up.

As a mother to two young children, I cannot imagine the fear and despair I would feel if I was forced to leave the comfort of my home and community. The fact that this is a growing reality for so many people around our world is truly heartbreaking. I believe our compassion can make a significant impact in the lives of these displaced populations. As Melinda Gates writes, “Philanthropy is not about the money. It’s about using whatever resources you have at your fingertips and applying them to improving the world.” Therefore, it is my privilege to mobilize people to make a global impact with their time, gifts, and resources through partnering with Every Shelter as we labor to bring better provisions and life dignifying solutions to forcefully displaced populations.

I am deeply committed to advocating for joint solutions to economic and social development issues. I consider myself a global citizen with cross-cultural experience working as an economist in Eswatini, a Girl Scout volunteer in rural Switzerland, and teaching in Mathare, one of Kenya's largest slums. My desire to work towards dignified shelter solutions for vulnerable people started while working in Mathare Slums. Four years later, I am now working with and for refugees in Uganda. I have loved using my many abilities in this new sector, and my favorite thing has been working with local small enterprises and refugee organizations to sew the tarps! As someone conscious of how my own actions affect the wider community, I am always learning new ways to help make things a little better.

I’ve been traveling the globe in development-related pursuits for more than 20 years, working with people throughout the varied stages of displacement. During my tenure in Afghanistan, I saw first-hand the challenges my Afghan colleagues faced that caused them to flee for their lives. While studying in northern Uganda, I met families struggling through years of displacement despite multiple attempts to return home. Through volunteer resettlement work in the US, I welcomed resettled refugees hoping to rebuild their lives in a new place while mourning the loss of friends and family they left behind. I am keenly aware of the human tendency to look at images of displaced people and refugees and immediately categorize them as “other.” Through joining Every Shelter, I have the chance to share stories that can change that category to “one another” and help us work together toward dignified, human-centered solutions.

The process of designing new approaches and solutions to grave issues drives me. I believe the private sector and its vast reserves of professional skills and resources can fruitfully add to the productivity of ongoing humanitarian efforts to create a more just and merciful society. We all have a responsibility to do our part, but I firmly believe that in giving of ourselves we receive far more back than we give. Wendell Berry writes, “life is a gift we have only by giving it back again.” As a father of two young daughters, I want to model the intelligent, diligent, and hard-working compassion toward our neighbor to which I believe we are all obliged. It’s urgent and important work that we do.